from 750+ reviews
View our testimonials

The Reserve Bank of Australia (RBA) is finally considering hiking its cash rate, for the first time in more than a decade.

The RBA has pushed its cash rate to record lows since 2011. When COVID-19 hit Australia in 2020, the central bank set its interest rate at 0.1 per cent, the lowest in history. The rate hasn’t changed since. 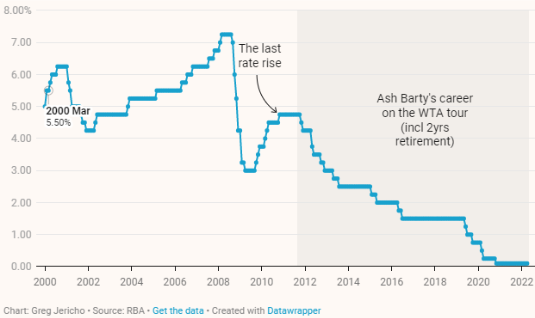 The idea was to stimulate the Australian economy. Now, with the economy recovering strongly from pandemic-induced struggles and inflation a concern worldwide, the central bank may well decide raising the rate is best for Australia. RBA Governor Philip Lowe said, “Over (the) coming months, important additional evidence will be available to the board on both inflation and the evolution of labour costs. The board will assess this and other incoming information as it sets policy.”

The news of a potential interest rate hike has experts in the property market getting restless. While the governor has strongly hinted at increasing the interest rate this year, the lack of an official announcement has major players in the property market making their own forecasts. The big four banks, for example, have their economists forecasting the new rate and the month in which it will be announced.

All four are predicting that the RBA will increase its cash rate in June, but they have slight differences of opinion about how much the rate will change. Westpac, for example, forecasts the new cash rate to hit 1.25% by the end of 2022, while NAB forecasts it landing at 1%. Some property experts also predict the new cash rate to be 12 times higher than the current rate, at 1.2% making their estimate closer toWestpac’s.

Is The RBA Interest Rate Forecast Bad For The Entire Property Market?

All banks take overnight loans from the central bank at the prevailing cash rate, and they mostly transfer their cost to their own borrowers. So, when and if the RBA increases its cash rate, the interest rates paid by borrowers on their mortgages will also increase. This will increase the repayments for nearly all existing variable-rate mortgages, increasing the likelihood of missed repayments, late repayments, and default.
Experts say fewer average Australians will be able to afford a home loan and that investors won’t be as interested in property investment loans due to reduced profitability.

Experts argue that if the cash rate increases, property prices will decrease by 10% to 20%. This obviously reduces the profit for property sellers. As for independent property purchasers, a 10% to 20% decrease is going to save them thousands of dollars. For those taking a home loan to purchase a property, the decline in property prices won’t matter much, as the total interest they pay by the end of their loan term will likely be higher than the amount they saved on the purchase.

Call us on 1300 889 743 or enquire online. We can help you formulate a strategy to make the most of the changing environment for interest rates.

Expert Updates - Be The First To Know!

Get a weekly summary of what's happening to interest rates and the property market. Plus get secrets from our brokers on how lenders are changing their products.

Get intelligent content delivered straight to your inbox every Monday!