How do you turn a dump into a home?

Want to know the recipe for turning a dump into a home? Add some paint cans, a few good friends, season with free food and drink, and stir.

While it’s not always that easy, first home buyers often limit the potential of a property just by their imaginations.

Read the story of Nick, a first home buyer who found some prime real estate in an inner-city Sydney suburb. All it needed was a little love. 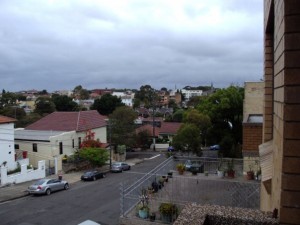 When Nick decided it was time to fly the coop and buy his first home in 2009, he started off on the right foot.

He spoke to a mortgage broker and made sure his home loan was preapproved with a lender before he even began looking for a property.

He then scoured Sydney looking for a place, eventually landing on Marrickville. Before you ask, he didn’t need to pay an arm or a leg.

Remember, this was 2009 when prices in Marrickville were less than they are today. In fact, for the 2 bedroom, 1 bathroom apartment with 1 lock up garage (LUG) on the first floor, the owners were only asking $380,000!

The location was amazing, close to public transport and schools and the structure was sound. There had to be a fly in the proverbial ointment somewhere. Well, that little detail turned out to be (only) a bit more terrifying than he ever imagined.

The Great Curry Cook Off 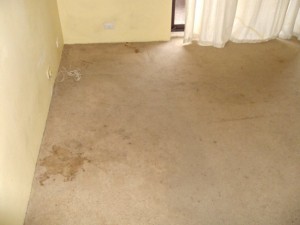 What Nick saw could not be unseen! “It stank!” were his very words.

The carpets, curtains and walls were coated with more grease than a dodgy 24-hour kebab stand.

The culprit? One too many spicy food cook offs by the vendors. It was disgusting and that was just the first couple of rooms.

If that didn’t turn other potential buyers off the property, it was most likely the family of cockroaches that were partying in the broken oven.

Despite these shortfalls (see: biohazard), the building was almost brand new and had an outstanding inner city view overlooking Marrickville. Nick wasn’t going to give up that easily!

Time to roll up them sleeves 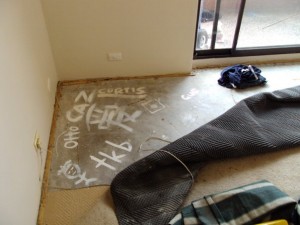 He managed to buy the apartment slightly under the asking the price at $378,500 and had a little help with a gift from his parents.

It was time for Nick to literally get his hands dirty and tear up the hot sick mess of a carpet.

A ‘Big Paint Day’, complete with free beer and food, was enough to bribe (sucker) his family and friends into finishing off the last of the apartment.

In the end, for just under $10,000 (including bribes to his friends), Nick turned the apartment into a swank, inner-city pad. The question was: was all his hard work worth it? 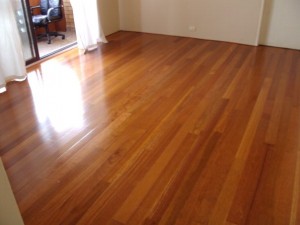 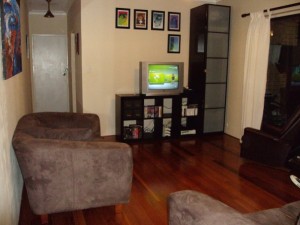 To the envy of Nick’s mates, the LUG has since become a man cave with a pool table and plenty of street parking.

With Marrickville’s now thriving cafe, small bar and pub scene, Nick isn’t too sure of the current value of his home. However, at the time of writing, the apartment upstairs was selling for $600,000.

Nick recently refinanced his mortgage and decided to repay the gift with the equity he had been paying interest on.

He also decided to set up an offset account with a substantial amount and is currently only paying $1,350 a month in interest!

Despite the incredible stress of fixing up the apartment, Nick said he would do it all over again.

If you’re like Nick and have found property that needs some work, we can give you a free property report!

Does the property you want to buy require more than minor renovations? Our renovation loans page can tell you if you’re eligible for finance and how much you can borrow.

Best of luck with your property searching!